My Tweets
Posted on November 6, 2015November 18, 2015 by jemmabannocks
hab·i·ta·tion (hăb′ĭ-tā′shən)
n.
A dwelling place.
The act of inhabiting or the state of being inhabited.

This was actually my first year (As) exam project, the brief being to create a set of images that explored your personal interpretation of the notion of “habitation”.

I basically ripped of Tom Hunter’s “Living in Hell & Other Stories” idea, and based my photographs off of paintings. I thought this was a mega clever idea, and indeed, as the majority of the first year is basically doing others’ work, it went down a treat with my tutor.
Because that spent my whole creative thinking for the year, I stuck to my own habitat, and like any self indulgent artist with black rimmed glasses, I just took snaps around the home.
In truth, I had some what checked out mentally. A lot was going on at home, had a horrible boy friend and suffering from depression, which was exacerbated PTS (The year before my mum was diagnosed with lung cancer, the previous year, my father had to have his spleen removed, and was still being treated for Aplastic Anemia).
So I did as little as I could to pass, I’m still amazed I got a B to be honest, and I think that shows. 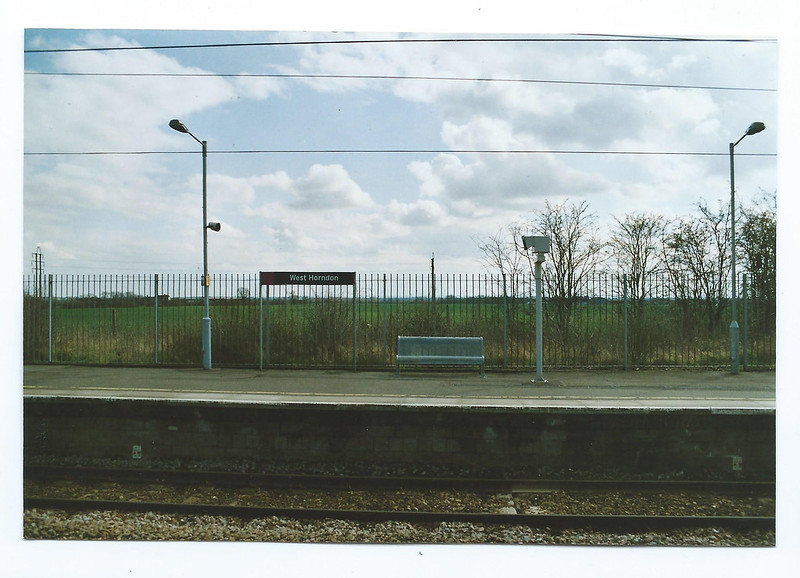 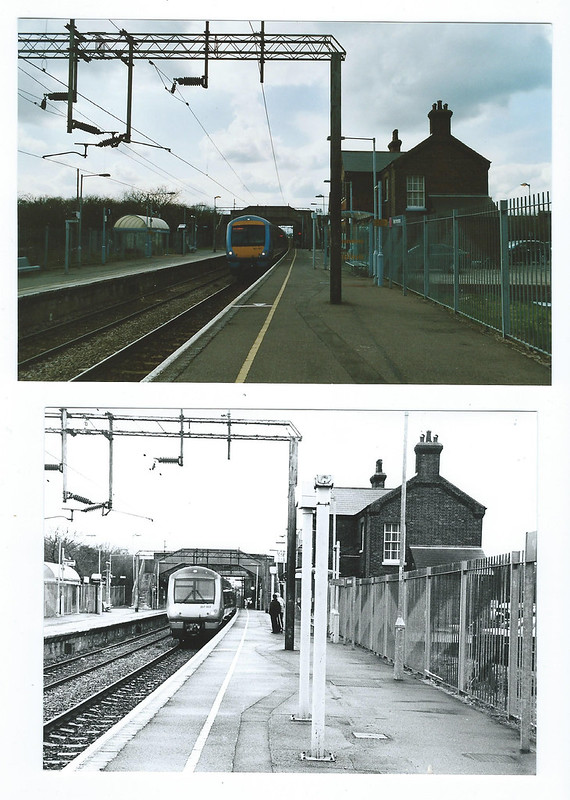 West Horndon Station, based on Arrival of the Normandy Train Gare Saint Lazare by Claude Monet 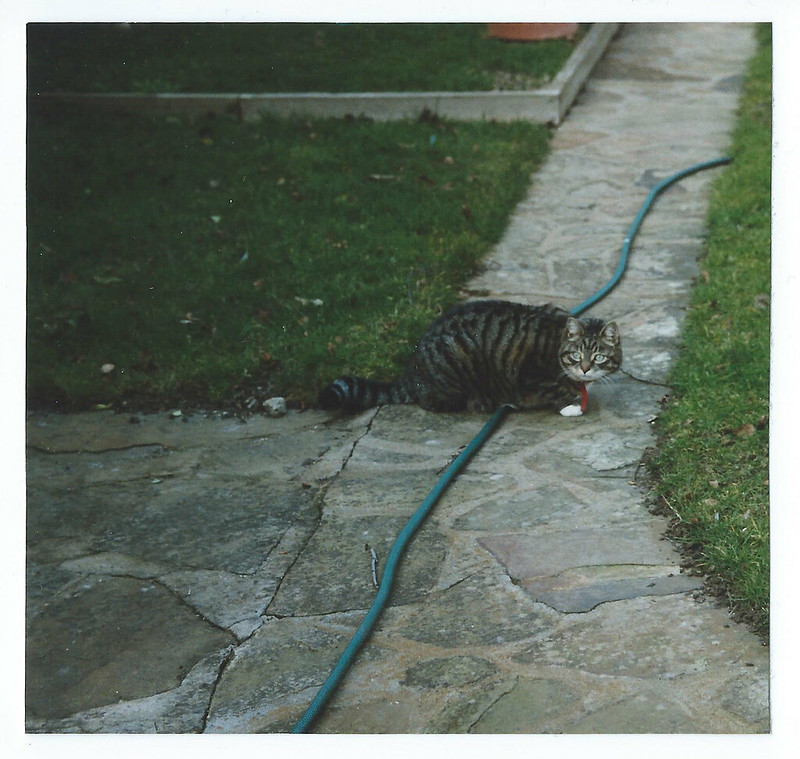 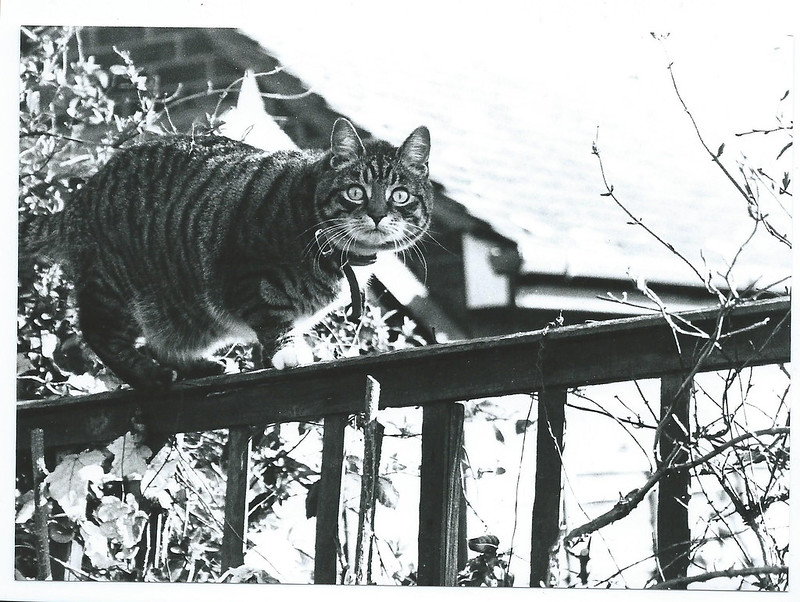 Portraits of Malmsteen the Cat, based on Henri Rouseau’s Suprised! 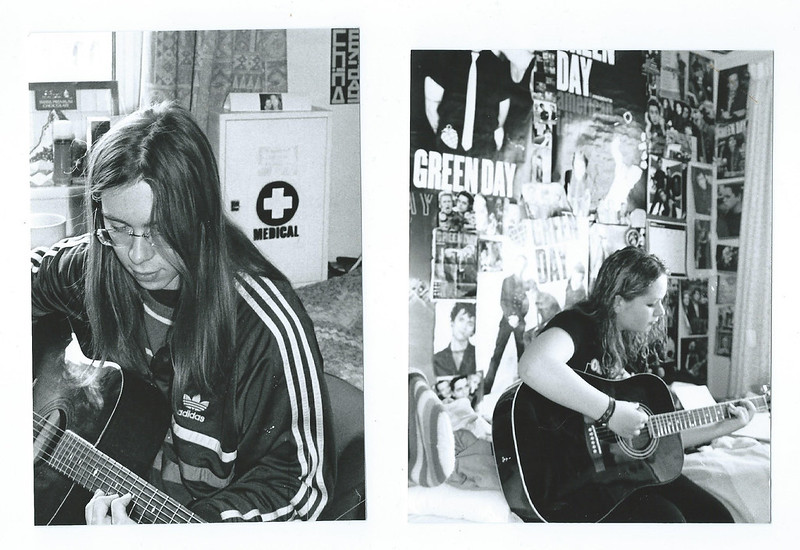 Portraits of my Siblings based on the photograph of Kurt Cobain (at 16, I found any excuse to print out more pictures of him!) and Woman with a Lute by Vermeer 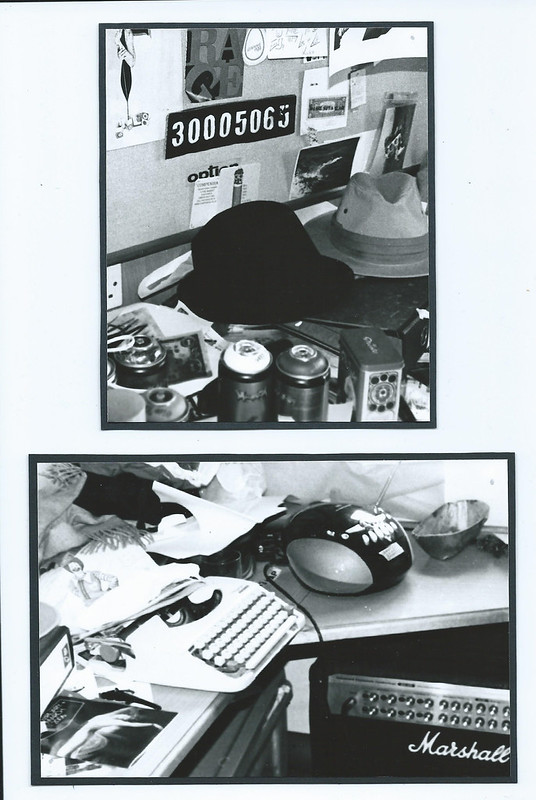 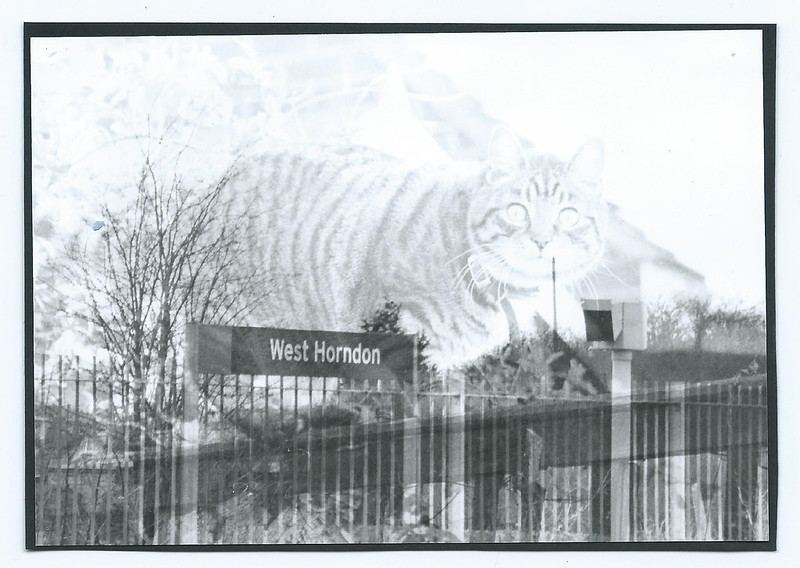 Malmsteen, the Railway Cat of West Horndon ( seriously appreciate the double exposure technique!)
This post actually feels quite poignant, as this week my parents moved out of West Horndon. And whilst these aren’t really in a league that’s near to Hunter’s recreations, and when I look at them I think “jebus these are shite”, I do get a wave of nostalgia from them. A longing for that youth, a simpler time, a time when Malmsteen wasn’t as fat (as she is now), and realising that I will miss getting that really irregular C2C train home, and seeing that lonely, lost in Victorian era station.
It’s strange and interesting how that humans don’t just physically inhabit a place, but emotionally too. Perhaps this is what these do? Damn I wish I’d put that in the conclusion!